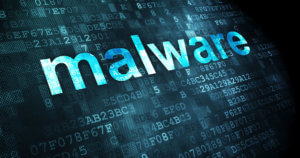 There is a new form of malware circulating in the United States known at Jackpotting. It is based off Ploutus.D strain of malware first seen in 2013 in parts of Mexico, Europe and Asia. Late last week, this exploit was officially seen in the US and generating concern from ATM owners and operators.

Jackpotting is a physical attack at the ATM where an attacker installs the malware via a thumb drive or CD and can then issue a command to the ATM forcing the unit to disperse cash on demand. Further, the malware can be installed and then accessed at a later date adding a layer of confusion as to when and how the attack may have occurred.

Bancsource has a solution for attacks like this via our Managed Services offering called ManagedSource. Through ManagedSource, we have the ability to harden the ATM from these types of attacks with USB port lockdown, optical drive lockdown, live antivirus and malware detection as well as live definition updates allowing you the customer to be better protected as new threats arise.

For additional information and pricing on ManagedSource contact your Bancsource sales representative or call sales support at 1-800-456-4848 ext 1234 or email salessupport@bancsource.net